Every year thousand of travellers visit the capital city of Slovakia to explore its top attractions. However, there is also much to see outside of Bratislava. Jump on a bus or train, rent a car with a local guide and leave the big city life behind for a day to check out the sights in the surrounding area of Bratislava. Here are our recommendations for day trips from Bratislava.

One of the oldest castles in Slovakia is situated on a high cliff above the confluence of the Danube and Morava rivers. This strategic place was inhabited by many cultures and nations. Even the Celts and Romans used this place as a military fortress. The first written mention of Devín castle dates back to 864. Together with Bratislava, Devín castle played a big role in the Great Moravian Empire. After the fall of Great Moravia, Devín castle constantly grew in size to become a huge medieval castle. In 1809, the castle was destroyed by Napoleon’s army. Since 2008, the Upper Castle is closed to the public due to reconstruction. Other parts of the castle can be visited daily except Mondays. Many tourists often overlook that Bratislava and the capital city of Austria are only 64 km apart, what makes them one of the closest capital cities in the world. Both cities have a direct connection by the Danube river. The boat trips between Bratislava and Vienna belong to the most popular attractions. There are two companies offering trips on high-speed boats. They operate daily and there is a possibility to buy the tickets online. What about taking a leisurely cruise to Vienna? This huge medieval castle can be reached in just one hour of driving. The history of the castle is mostly associated with the German family of Fugger and Austria-Hungarian family of Palfi. Fugger family was one of the richest families in the Europe. Under their ownership, the gothic castle was transformed into a renaissance fortress and a safe storehouse for goods traded across the whole Europe. The castle is open to the public and visitors can take various tours. The long-guided tour includes a route through 24 rooms with a rich Renaissance and Secession furnishing and an excursion in the castle underground. I bet you have never seen such a vast cellar as can be found under this castle. Nitra is the oldest town in Slovakia and a place where you can explore thousands years of history. The main dominant of Nitra is the castle on the hill right in the middle of the town, where the Great Moravian rulers had their seat. The cathedral in the castle area consists of three parts and attracts a very high number of visitors. The most prominent one was Pope John Paul II. in 1995. Small Carpathian Wine Route combines several phenomena – wine, landscape, history and gastronomy area between the cities of Bratislava and Trnava in the southwestern Slovakia. Among them are three smaller cities – Pezinok, Modra and Svätý Jur, which boasts of an ancient tradition of free royal towns. They acquired this title in the 17th century, mainly due to the production of the first-class wine. There are numerous wine bars, taverns and cellars in the region and they also offer a regular wine-tasting events. Looking for some adventure near Bratislava? Sports complex Čunovo offers a wide range of water sports and activities such as rafting, kayak school, hydrospeed, surfing, jet ski, wakeboard, water ski or aquaroller. Not a big fan of water? Take your friends and challenge yourself by trying beach volleyball, beach football, paintball or pony riding. Čunovo is located only 15 km from the Bratislava city centre. Few meters from the sports complex is Danubiana Meulensteen museum of modern art  presenting works of leading international artists. You can get to Čunovo by bus or boats operating on the Danube river. One of the largest medieval towns of the Central Europe in the 13th century, Trnava, is situated only 50 km far from Bratislava. Because of the many churches in the city centre, the city is often called a “Little Rome”. The historical city centre is still surrounded by preserved medieval walls. The most popular attractions of Trnava are The Town Tower, Basilica of St. Nicholas, St. Helen’s Church, several monastery complexes and a huge number of various churches. Don’t forget to visit both synagogues since the city has a rich Jewish history. Bratislava’s location on the borders with Austria provides a lot of advantages. Not only you can visit Vienna but also the largest lake in the Austria – Lake Neusiedl. The lake is definitely a very popular holiday area. Over 2 000 hours of sunshine make the lake a perfect destination for sailors, windsurfers, cyclists and sun lovers. Neusiedl Lake is inscribed in the UNESCO List of World Heritage. Add to this more than 300 living bird species and you have a birdwatcher’s dream come true. The lake is surrounded by villages with acres of vineyard, don’t forget to taste some of Austria’s best wines. Piešťany is definitely the best-known spa centre in Slovakia. The visits of Ludwig van Beethoven, Wilhelm II, Karl I and Ferdinand I brought the spa an international fame. Try it yourself – enjoy the healing effects of the thermal water or take a walk in the centre of the town – it’s up to you. The majority of spa clients are foreigners – the town of Piešťany has an excellent reputation across Europe and Arabic countries. Travel back in time and visit the bunkers from WWII on the borders with Austria. They were built in 1930’s in Czechoslovakia to defend Hitler’s expansion. The biggest bunker BS-8 houses an exhibition of weapons, old maps, photos and other equipment used during the war. Right next to the bunker is a WWI cemetery with hundreds of fallen soldiers from 9 European nations. 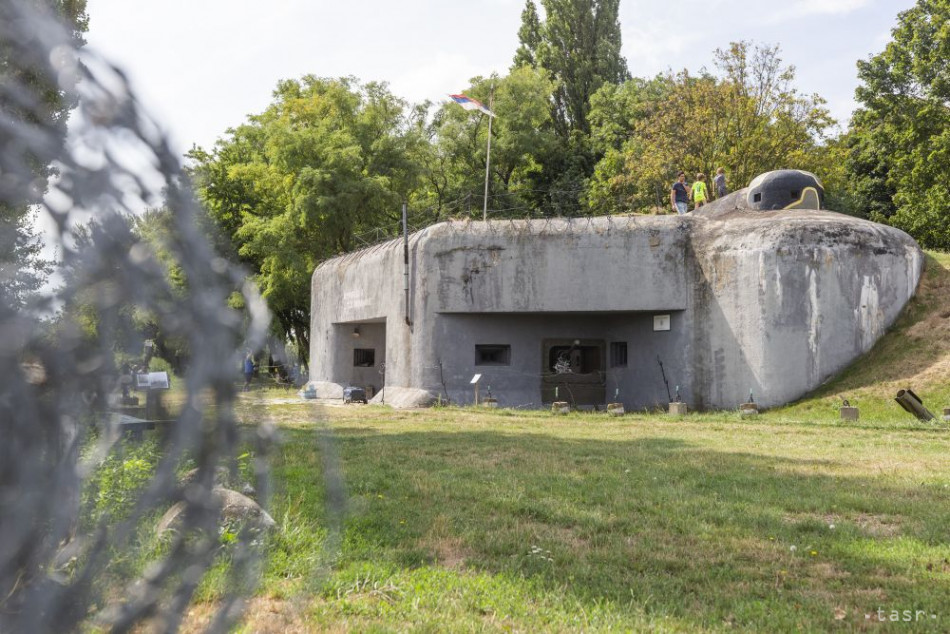 Would you like to experience a one-day trip from Bratislava? Don’t hesitate and drop us a line at hello@timeforslovakia.com