Best Museums To Visit In The Eastern Slovakia

East part of Slovakia is less popular for the tourists, mostly because of poor infrastructure. The funny part is that the second and third biggest city of the country are located in eastern Slovakia – Presov and Kosice. Both cities have rich history and lot to offer.

You can find a regional museum in both cities, but Kosice is a home of the Eastern Slovakia Museum, one of the oldest and most important museums in Slovakia. Its exhibitions provide visitors with an insight into the history and nature of Eastern Slovakia. The museum features a number of unique exhibits. Except three major exhibitions – natural, historic and cultural- it’s also a home of the Golden treasure. The golden treasure has been found in 1935 during a reconstruction of the one of the city buildings. It is believed that the treasure has been hidden around the year 1679 because the city was occupied by a Hungarian lord Imrich Thokoly. It consists of more than 2900 golden coins, golden chains and some golden medals. The Mikluš’s prison is also part of the museum. The exposition consists of the interior of the former prison, the underground premises of the former torture chamber, which also includes a permanent installation of wax figures of executioner Mikluš and his captive and a mini-lapidary collection. The museum is open from Tuesday to Sunday from 9:00 till 18:00 and in winter months till 17:00. Entrance fee is 2 Eur. You can also buy a Welcome Kosice card which gives you a free access to 10 museums in Kosice, discounts in cafés, shops and restaurants and free public transport around the city.

The city of Kosice has a lot to offer. Beautiful city center, friendly people and lot of activities for youngsters and older visitors. But also outside of the city there is a lot to explore. The next museum on my list is the Andy Warhol museum in Medzilaborce.

Museum of the contemporary art and Andy Warhol in Medzilaborce is still the only museum dedicated to the work and message of Andy Warhol in Europe. And why this small town? Everybody knows that Andy was born in the US, but what is less known is that his parents come from this region and emigrated to the US. Andy was influenced by his mother and her craft work. She also sold her little homemade creations to help the family to survive. The museum holds many private items of the famous painter, including originals and the copies of his most famous paintings. Most of the items have been given to the museum by the Andy Warhol Foundation and Andy’s brother Paul. The museum of historic vehicles

Another stop on our museum journey is a tiny museum of historic cars in a town named Kežmarok. The museum of historic vehicles in Kežmarok is located behind the walls of Kežmarok Castle. It’s open from Monday till Sunday during the main season and the entry fee is only 2 Eur. Don’t miss your chance to see a unique fire truck Skoda 154 (1929), the only one of its kind in Europe. The exposition has been put together by the automobile club of Poprad and it consists of various cars from and after the WWII period. All the cars have a different story and the tour guys are eager to tell them out. I am sure all the car lovers will see the soul in these old cars. I know this small  museum might not be the attraction of the year, but it still might be a lovely off-road stop on your way to Tatras or the aqua park in Poprad. 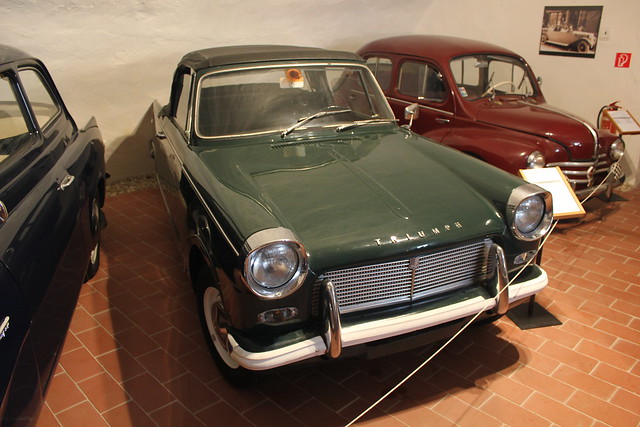 If you have more time to explore, visit the exhibition of the Kežmarok Castle dedicated to the history of the castle and see unique weapons, pharmacy equipment and listen to the sad story of imprisoned mistress of Albert Lasky in the observation tower.

The Museum of Military History

One of the most interesting museums in the east part of Slovakia is the Army museum in Svidnik. The museum of Military History in Svidnik is a part of the bigger museum in Piestany that was created in 1965 to remember the terrors of the WWI and the WWII. The Svidnik part of the museum is mostly dedicated to the Carpathian operation that happened in the WWI, WWII battles in the region and also home resistance against Nazi occupation.

The exposition includes old documents and photographs, 3D models of the battles, various old vehicles, tanks, uniforms, weapons and aircrafts from the era in between the 1914-1945. It’s both indoor and outdoor exposition. And because this is an army museum, everything is organized, cataloged and professional. Even on the museum webpage you can find all the categorized details of every single item in the museum. The museum is really worth of visit especially when you have small kids. They can get in old army vehicles, tanks and aircrafts. Everything is authentic and all the items experienced the real combat. 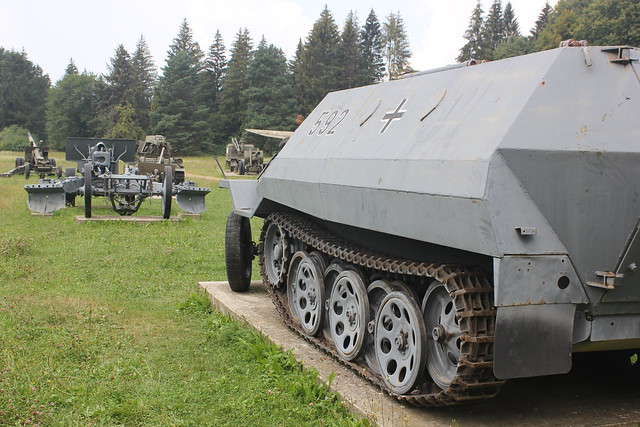 Nearby the museum you can find a memorial of the Dukla battle, the cemetery of Nazi soldiers and abandoned German and Russian tanks. The museum is open from Tuesday to Sunday from 9:00 am until 17:00 pm and the entrance fee is only 1Eur. It is important to remember what has happened in those two horrible wars and to not repeat the same horrible mistakes again.

Last but not least part of the museum post is dedicated to the outdoor museums – skanzens. Well, the concept of skanzen has been already introduced in my previous posts, it’s basically and authentic outdoor museum of a city of a village. And we have quite a few skanzens in this part of the country – skanzen in Humenne, Ždiar, Stará Ľubovňa, Bardejov and Svidník.

Each of the skanzens will show you how people used to live couple of hundred years ago. The center of every little village was always a church. All these little churches are built exclusively from wood. They are also open so you can also get inside and see the interiors. These little villages also include living houses of people from various social backgrounds, houses where they store tools and animal houses. Nearby every skanzen there is always a local folk restaurant that serves traditional Slovak dishes. That gives you one more reason to check them out :o) 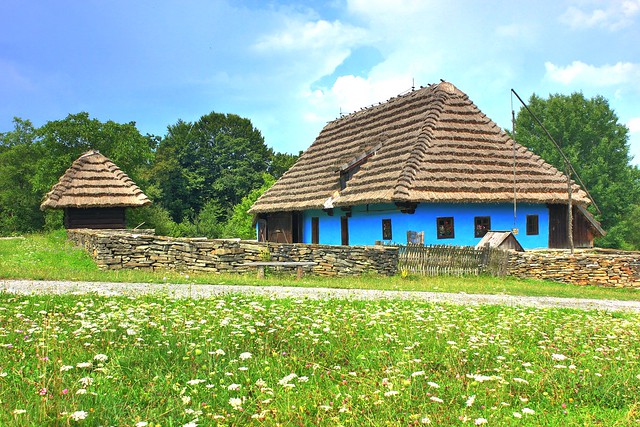 East Slovakia is beautiful. I personally come from Prešov which is a center of Šariš region in East Slovakia. It’s a beautiful city filled with great people as well as the rest of Slovakia. People over here speak a special dialect which seems to be un-understandable for the rest of the country. Also, a joke comes to my mind talking about East Slovakia – In the whole world noone ever defeated alcohol, but Eastern Slovaks achieved a draw. Cheers!