15 Amazing Castles You Must Definitely See!

Have you ever heard of Slovak castles? They belong with no doubt to the best places to visit in Slovakia. These historical monuments used to be seats of lords, kings and aristocrats. Despite witnessing many heroic battles and raids, many of the castles have survived intact. Here are few examples of the most beautiful Slovak castles you should definitely visit when you travel to Central Europe.

This medieval castle was built in 12th century and gradually grew in size to become a political, economic and cultural centre of the region. Unfortunately, the castle complex was destroyed by fire in 1780 and the ruins have never been restored to its original appearance. Covering about 41 thousand square meters it belongs to the biggest castles in Europe. Movies such as Dragonheart, The Lion in Winter or The Last Legion were shot right here. Due to its historical significance, Spiš Castle was inscribed in UNESCO List of World Heritage Sites. You can visit this castle during the UNESCO one-day trip from High Tatras.

The earliest mention of Bojnice castle dates from the 12th century. This castle was for many years owned by kings and aristocrats. The reconstruction in the 17th century brought the castle its romantic appearance. Now it is one of the most visited castles in Slovakia. This increasing popularity attracted many international filmmakers and a number of romantic, fairytale and fantasy films such as Fantagiro were shot right here. Under the ground is a large cave complex available for visitors during guided tours. It’s surprising where the aristocrats from the Orava region decided to build the majestic Orava Castle. The highest part of the citadel is on a steep rocky limestone cliff 112 m above the Orava River. The first mention of Orava Castle can be found in the historical records in 1267 when it was declared as a royal property. Unfortunately, the castle complex was destroyed by a huge fire back in 1800. The largest reconstruction and restoration began after the WWII and nowadays the castle is one of the most visited attractions in Slovakia. Considering the value and specificity of the architecture, Orava Castle was named a site of national cultural heritage. The massive rectangular building with four towers stands on a strategic place – right above the Danube river in the capital city of Slovakia. Known as the symbol of Bratislava, the castle is undoubtedly the most popular sight in the city you should definitely visit during your stay in Slovakia. The first known inhabitants on the castle hill were Celts and Romans and the castle itself used to serve as a defensive fortification to protect against the enemies. Bratislava and its castle became a crucial part of the Hungarian and Austrian Empire. The castle was completely ruined by a fire back in 1811 and reconstructed in 1960’s to become a national cultural monument. This castle is located in the eastern Slovakia, right above the town holding the same name, Stará Ľubovňa. Before you enter the castle, don’t forget to visit the open-air museum of the folk architecture under the walls of the castle. The castle was built at the beginning of the 14th century and it is open for visitors all the year round. Trenčín Castle was built on a settlement site, which existed here in the Bronze age. Celts, Germanic and Slavic tribes used to live on this place hundreds of years ago. The oldest building in the castle complex is a pre-Romanesque rotunda dated approximately from the period of the Great Moravia. The castle museum displays a huge collection of medieval weapons such as Gothic swords, sabres, oriental guns and rifles. 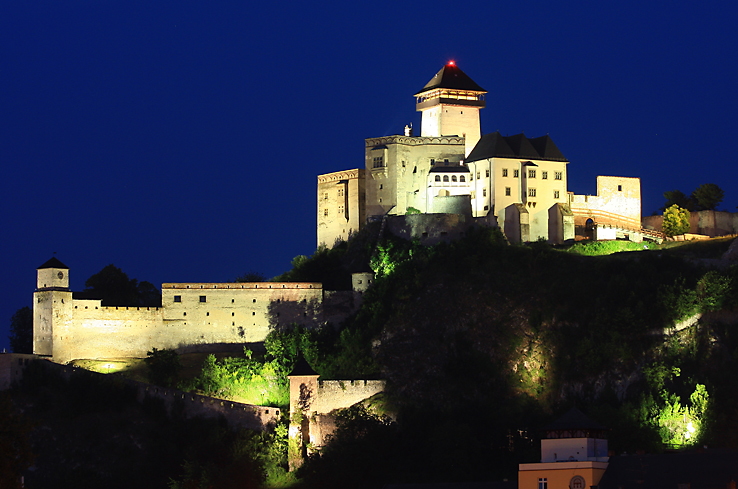 It takes only one hour of driving to reach Smolenice Castle from the capital city of Slovakia, Bratislava. The castle is perched above the village of Smolenice and the first mention dates from the 14th Century. Destroyed by fire at the beginning of the 19 Century, the castle waited for a long time to be reconstructed. The restoration finished in 1950 and the castle became a property of Slovak Academy of Science. The building is mostly used for organization of scientific conferences, weddings and some parts of the castle are open for public visitors. The town of Banská Štiavnica is in its entirety inscribed on the list of UNESCO World Heritage Sites. One of the curiosities of the town is the fact, that two castles are located in the town – the Old Castle and the New Castle. The New Castle was built in 16th Century as a main fortress against the Turks invading the region. The castle with 21 cannons became a part of signaling equipment used to inform about the approaching enemies. 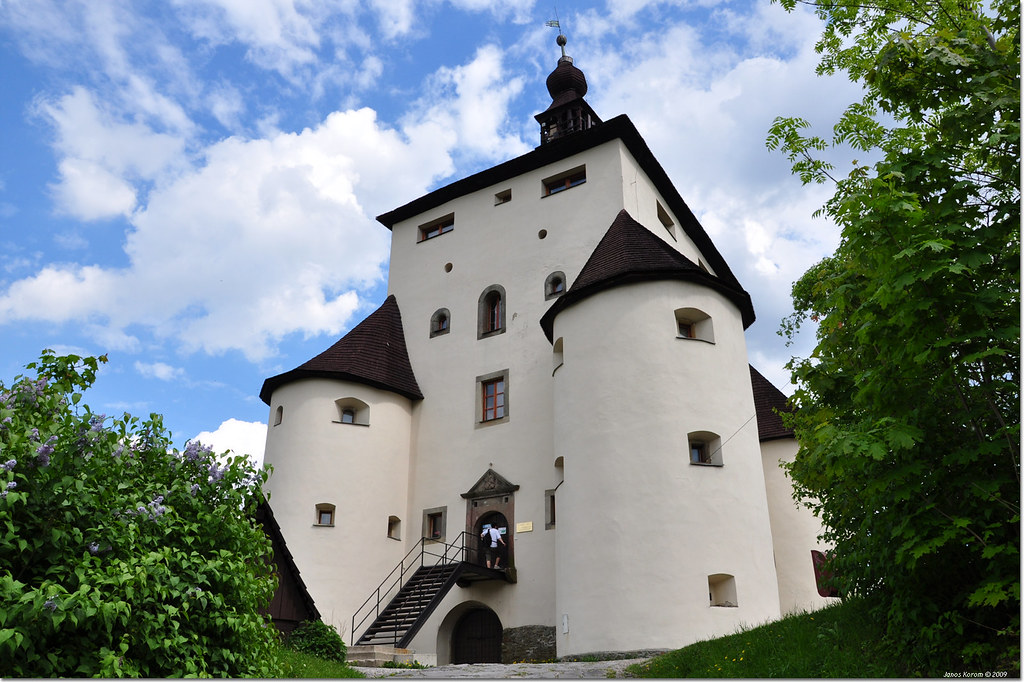 Standing above the junction of Danube and Morava rivers, Devín castle has always played a big role in the history of the country. Thanks to its location and being very easy to reach from the historical centre of Bratislava, Devín Castle is regularly visited by many tourists all the year round.  The castle was destroyed by Napoleon’s army in 1809 and its ruins remind the turbulent history of battles and raids.

You simply cannot overlook the Strečno Castle on a steep rock cliff when you drive from Žilina to Martin in the Northern Slovakia. The castle offers marvelous panoramic views upon the river Váh and the surrounding valley. The ruins of the castle destroyed in 17th Century are open for public from April to November. 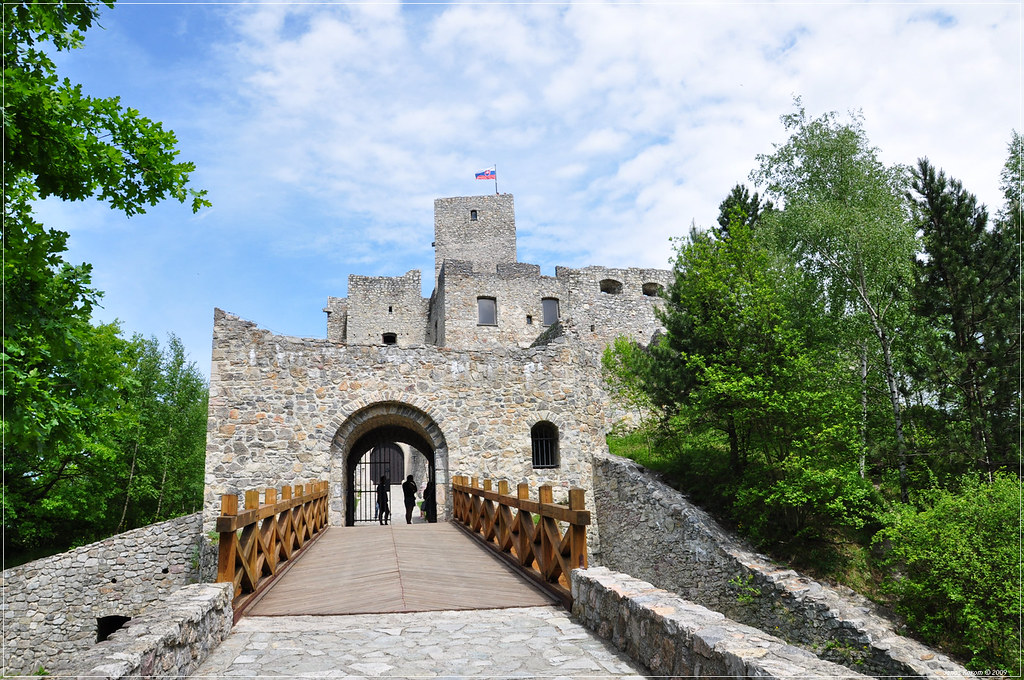 This castle in ruins dating from the 13th century is located in Western Slovakia, in Trenčín region. An important route led here in medieval times. The castle is one of the few castles that survived the attacks of Turks and Tartar troops. 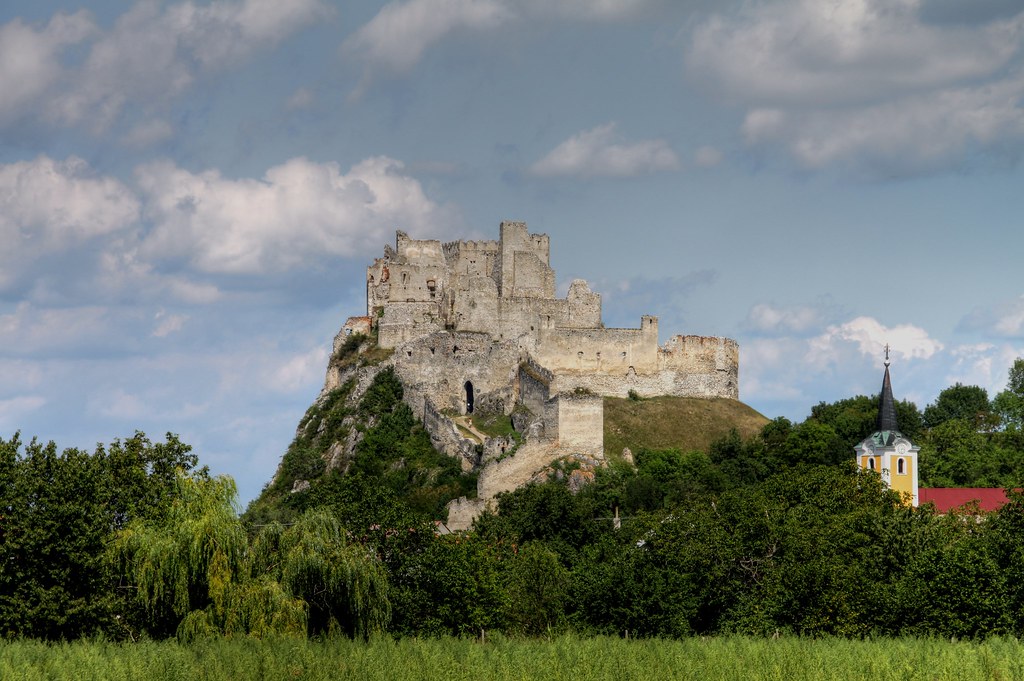 Budatín castle was built to guard the confluence of rivers Váh and Kysuca where tolls used to be collected. This royal fortress from 13th Century can be found near Žilina, in Northern Slovakia. 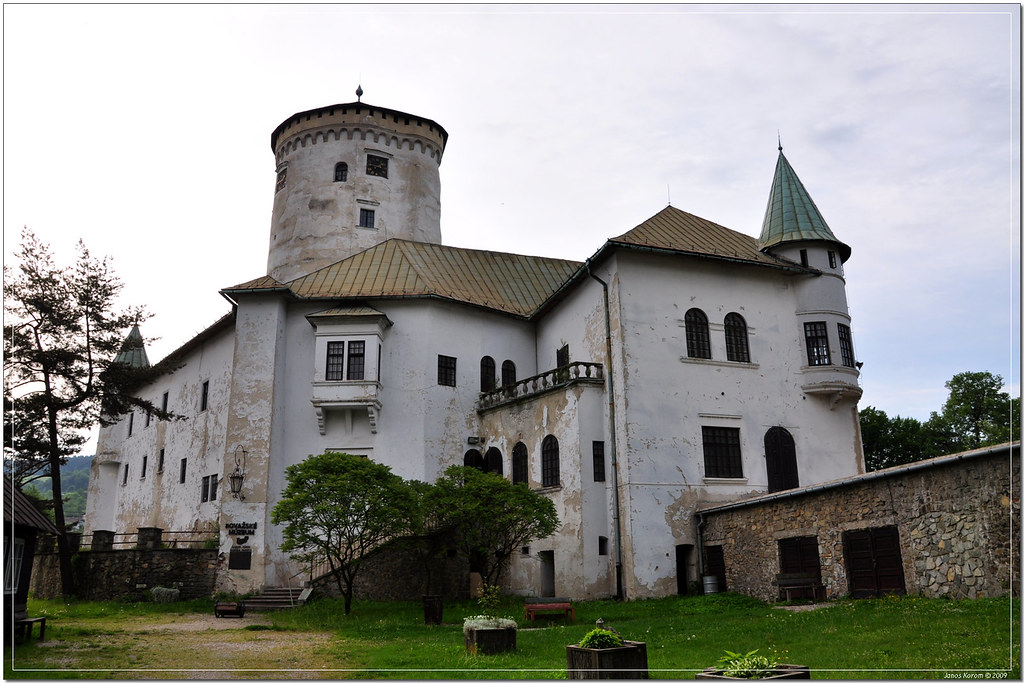 This castle from 13th Century was extensively damaged by fire in March 2012. The fire was accidentally caused by two young boys attempting to light up a cigarette. They lit grass on the hill and the fire spread to the castle. Fortunately, the majority of castle treasures and collections remained undamaged, but the fire destroyed the roofs, bells in the tower and the exhibition in the Gothic palace. The castle is closed for public due to its reconstruction. 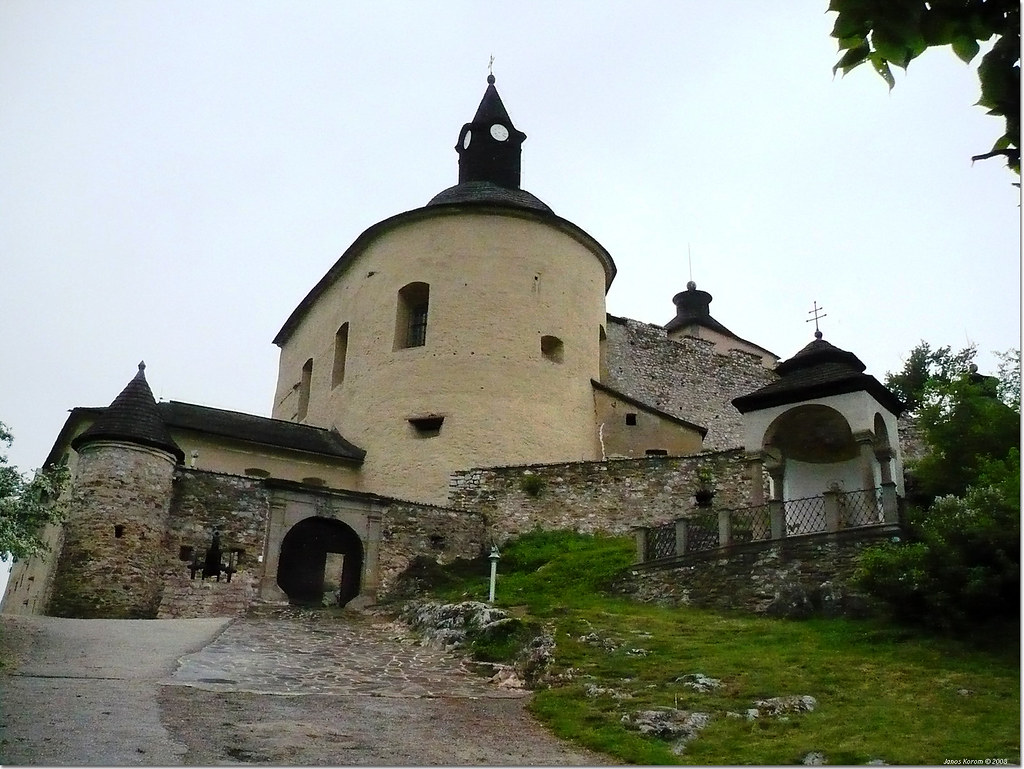 Have you heard about the world’s most sadistic female serial killer, Elisabeth Bathory? Remembered as “The Blood Countess” or “Countess Dracula”, Elisabeth was said to be a murderess of more than 650 victims. Some stories claim that Elisabeth had a routine of bathing in the blood of the virgins as a part of her beauty regimen. Čachtice castle was the seat of Elisabeth and its nowadays a perfect place for those who love mystical places. The city of Nitra was a metropolis of the Great Moravia Empire during the 9th Century. The castle right above the city dates from 11th Century and consists of four parts – the cathedral, the Bishop’s palace, the outbuildings and the well-preserved outer fortification walls with bastions. Would you like to visit Slovakia and see some of these castles? Take a look at the tour Highlights of Slovakia; or plan your own tailor-made tour and include those castles which you like the most in your personal itinerary!