Best Museums To Visit In The Central Slovakia

The central Slovakia has two major cities – Žilina in the North and Banská Bystrica in the center of the region. Both have rich history and city /regional museums you can visit – Považské Museum in Žilina and Central Slovakia Museum in Banská Bystrica. These museums host mostly geographical and  historical  expositions of their region.  In the case you are in the mood for some travelling and something more unique, we have couple of suggestions:

The castle was originally wooden. Later it was gradually built up from stone as the property of the Poznan family in the 13th century. It was owned by many royal families until it ended up in the hands of Jan Frantisek Palfi who restored the castle in the current romantic shape. In 1950, a museum has been established within the walls of the castle.

Today the castle is known for many attractions, including the popular Castle Fairytale, the International Festival of Ghosts and Spirits and the Summer Music Festival. It hosts one of the most popular museums in Slovakia and has featured in many Slovak and international movies. The castle is available to rent out and you can organize every-girl-dream wedding here. Because all girls want to be a princess at least for a day :o)

Bojnice Castle is surrounded by the castle park featuring numerous species of trees. The park also contains a ZOO, the oldest and one of the most visited ZOOs in Slovakia. Open-air museums of Slovak folk architecture are called skanzens. There are 11 official skanzens in Slovakia located all around the country. Skanzens offer the best possibility to travel back in time and to experience the authentic atmosphere of the Slovak village from couple of hundred years ago. They are basically preserved old villages with authentic houses, churches, stables, etc.  Most of the buildings are made of wood, or combination of wood and stone.

What makes every skanzen different it’s its differences in the architecture – mostly decorating. Every area and region in Slovakia has different habits, folk dresses and also culture. All these features plus the location  shaped the look of these historic villages. Most of the skanzens also offer various exhibition, demonstration and workshops of Slovak folk crafts.

Probably the best skanzen to visit in the central Slovakia is an open-air museum of Slovak Village. Built in late 60s as a largest exhibition of traditional folk architecture, this museum shows the way of life in Slovakia. A visitor can see here all kinds of buildings – peasant houses, larders, lumber rooms, farmsteads, shepherd’s huts, sacral and the craftsman’s and linen-maker’s houses.

Every year, regular events with demonstrations of traditional manufacturing, craftsmanship and folk culture are held here. The dates of these events are available on the Museum’s website. Besides open-air exhibitions and various events, the Museum of the Slovak Village offers also a possibility to buy handcrafted folk items. Finish your visit and refresh yourself in an 1811 log inn from Oravská Polhora. This village located close to Žilina is known for being the first folk architecture reserve in the world which was founded in 1977. All the houses are made out of timber and have ridge roofs, galleries and pointed or linear walls. The village consists of 136 buildings. Another characteristic of the village is its white decoration. The white geometrical ornaments of the house’s wall has been done by local women. The paint was supposed to protect the houses from the nature forces. The same geometrical ornaments can be found on local folk dresses, tablecloths and other undefined products made by the crafty house wifes :o)

It possible to spend a night or two in a hotel Javorina that’s located 10 min walk from village and is furnished in the same style like a village. Here you can also see a little petting zoo and a popular sky resort is located near by the village too. And of course, try sole local Slovak specialties served there!

The village is open all year long and the entrance is just 2 €. During the tour you and walk free around the village and enter the open houses. You can see how were the houses equipped and furnished years ago. It is located three kilometres away from Zuberec, at Brestová in Orava Region. Over an area of about 20 hectares you can find typical folk buildings moved here from various regions of Orava. Contrary to Čičmany, not all the houses are made of timber. A lot of them are made of stones and bricks.

The Museum is divided into five sections regarding each individual region. Once you get in the houses you will notice markable differences in furniture and equipment, based on wealth of the owners. Richer people lived in houses with multiple rooms, poor people shared only one room houses which worked as kitchen, living room and bedroom at once.

The Museum regularly organises ethnological expositions and the international Podroháčsky Folk Festival is held in the local amphitheatre in August. The museum is open all year long but opening hours vary based on the season. Entrance fee is about 2,50 €.

You don’t have to visit open-air museums to see the traditional folk architecture of Slovakia. There are a lot of villages in Slovakia, where the real traditions still prevail. One of the best-known Slovak villages is undoubtedly Vlkolínec. Thanks to its charming look and completely preserved character of typical Slovak settlement, Vlkolínec was added to the List of the World’s Cultural Heritage of UNESCO in 1993.

On the edge of the village is a small car park for visitors. The entry fee is only 2€ and you get all necessary information flyers in Slovak, English and German explaining the village’s history. Museum of Coins and Medals in Kremnica

This is one of the oldest museums in Slovakia. It was created in 1890. First it hosted mostly geographical expositions but today it is the one and only exhibition specialized in numismatics and medal making in Slovakia. It is situated in a gothic burgher´s house in the historical square of the city of Kremncica. The current exhibition was opened to the public in 2003, after a complex renovation. The exhibition presents the history and evolution of the means of payment in Slovakia from  ancient times till the present coins and banknotes, as well as the history of medal making, includes several unique exhibits.

An important part of the exhibition is dedicated to the history of the old mining and minting town of Kremnica with its well known Mint, which has been in operation nearly 700 years. In the exhibition-space,  the museum offers various temporary exhibitions presenting, in particular, numismatics and medal art, etc. The museum is open all year long and the entrance fee is less than 3 €.

Once you’re done in the museum, there is still plenty to see in the small town of Kremnica. You can check out the city castle, the exhibition of the STONEWARE GARDENS which is located in the same building or the local gallery. Slovak National Uprising was one of the key events in Slovakia’s history. During the WWII, Slovaks decided to join the Soviet Army and fight against Germany. That was the largest armed resistance, which took place on the territory of German allies during the World War II. Thousands of soldiers died fighting for liberation from Germans. Don’t forget to make a short stop in the biggest city of Central Slovakia and visit this museum, which is located right in the middle of the city.

The monumental building of the museum belongs to the strangest buildings you have ever seen. Many criticize the architecture for being monstrous or cold-hearted, others like it for being futuristic or ambitious. Form your own opinion and don‘t forget to take photos when walking around the amazing collection of tanks, guns and uniforms. You can even enter an old Russian plane from WWII and explore it from inside! 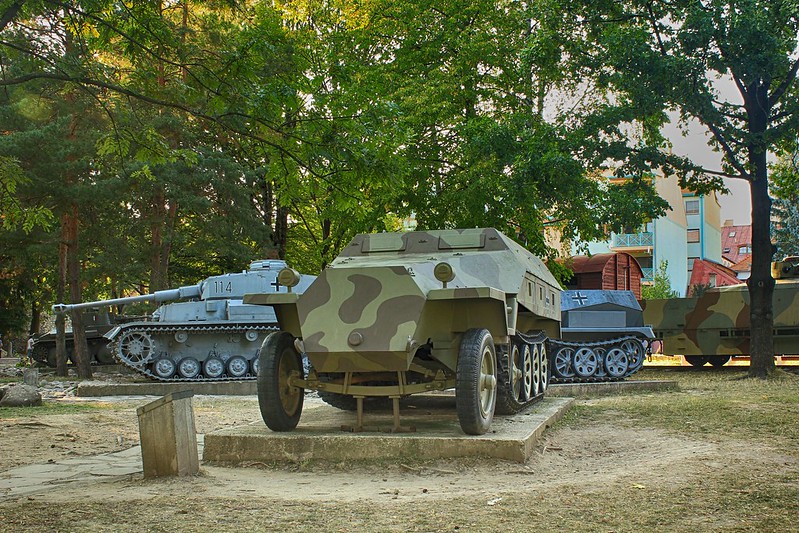 Banská Štiavnica is known for many as a lovely town with rich mining history. The town became the biggest mining centre of the Habsburg Monarchy and it is the home of the first mining academy in the world. This completely preserved medieval town was inscribed in the UNESCO World Heritage List in 1993.

One of the best attractions in the town is the open-air mining museum. Visitors pick up helmets, cloaks and lamps and enter the underground excursion in mines. Dressed up as real miners you will descend to one of its pits dated from the 17th century. The underground tour takes about 90 minutes and costs only 5€. 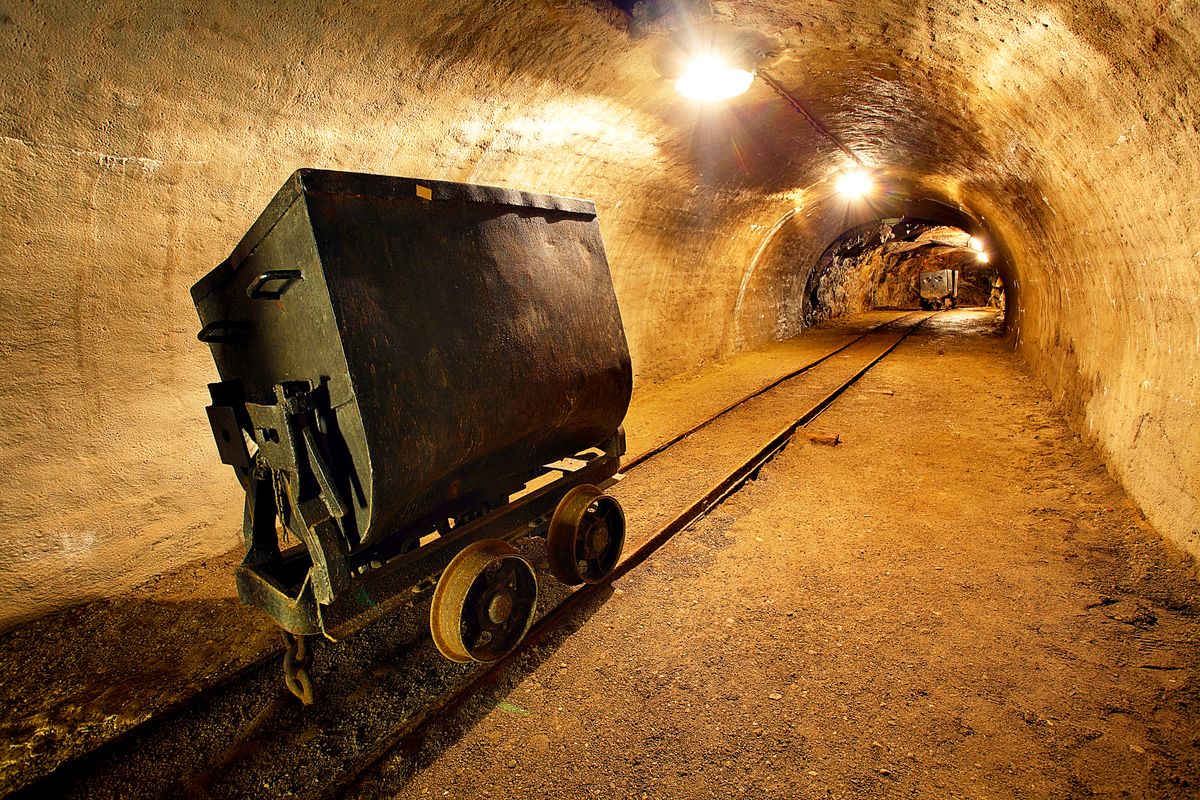 To visit the open-air forestry museum in Vydrovská valley we recommend to take a ride on one of the most spectacular railroads in Central Europe – Čierny Hron Railway. Travelling by this historic steam train will take you right back to the times when it was used to transfer wood from the surrounding forests. The route twists amongst an overwhelming scenery of woodlands to reach the highlight of its journey – The Forestry Open-Air Museum in Vydrovská valley with its magical atmosphere. Close your eyes and listen to the birds singing in the trees with rustling leaves – it’s the best way to enjoy this place. Take a walk in this open-air museum and get an in-depth insight into the hard life of lumberjacks and foresters. The possibilities to spend a day outdoors in Slovakia are limitless. You can pick out of the outdoor museums, Zoos, or just walk around the city and enjoy the day without having to rush somewhere.

As you can see Central Slovakia has a lot to offer. And in the case you are not a museum fan, you can still enjoy the untouched Slovak nature or try some local dishes and beers.

Would you like to visit some of the best museums in Central Slovakia? Drop us a line at hello@timeforslovakia.com and we will arrange a private tour for you. Several museums are part of our authentic multi-day tours. We visit the open-air museum of Slovak architecture during our interactive Tour of Slovak Folk Traditions. The museum of Slovak National Uprising is a jewel of our Communism Tour and the open-air mining museum in Banská Štiavnica  is included in the programme of Highlights of Slovakia Tour.